Most of the stationery and technology we use today was born in the 20th Century, and vintage advertising recorded it all. The sheer range of development from the late 1800s to the 1950s is of a scale which is difficult to imagine today. We went from a world without planes, ballpoint pens and women’s right to vote, to a world after two world wars, with color television, desktop calculators, and fancy women’s pens.

Needless to say, society’s awakening to new ideas and letting go of old patterns has not been an even one. Some of these outdated ideas continue today in advertising and commerce, which makes advertising a wonderful, if sometimes vexing look into a world gone by. History gets re-written by the agendas of the present, but advertising is blatant, ephemeral, and forever etched in yellowing paper.

Take a walk with us through the early 1900s with these 5 vintage stationery advertisements, and see how much and how little our world has changed. More importantly, let’s ogle some retro stationery.

Although a machine similar to a typewriter is said to have been invented by Henry Mill in 1714, the typewriter as we know it today went through numerous incremental changes by various inventors over the next few centuries. The first successful modern typewriter with a revolving cylindrical plate, the QWERTY keys and inked ribbon was invented by Christopher Latham Sholes with the help of Carlos Gidden in the 1860s. From manual to electric, typewriters not only revolutionized productivity, convenience and consistency in output but also had a remarkable impact on communication.

The Oliver Typewriter invented by Thomas Oliver in 1891 was credited as one of the first ‘down strike’ typewriters with ‘visible writing.’ In most conventional typewriters of the time, the typebar struck upwards against the paper, so the typists were unable to read the text as it was typed. However, Oliver’s typewriter used ‘front striking’ in which the typebars struck forward against the typewriter rollers, making it possible for typists to read the text as they typed.

A feature we would take for granted today, being able to see what you’re typing the right way up, was once a technological revolution.

World War I was one of the most savage wars in history, with casualties in the range of 40 million souls. Although the scale of the war was unprecedented, the Army recognized the importance of communication for uplifting the morale of the troops and letters from loved ones were normally received within a matter of days from being posted.

At the outbreak of the war modern technologies like telephones, wireless telegraphy and portable Morse code machines had been developed, but communicating through letters and postcards remained an integral part of personal correspondence. There were, to say the least, significant challenges to writing letters in a war zone, in the precarious physical conditions of the trenches, so stationery evolved for this unusual need.

Fountain Pen manufacturers like Waterman’s and Parker were among the few brands that launched trench pens specially designed and adapted for war zones. Safety-Sealed pens with no holes in the barrel ensured no leakage of ink and most of these pens could be easily filled with buttons or eyedroppers. To reduce ink spillage from bottled inks, powdered dry ink tablets or pellets were sold which could be easily mixed with water to create ink. Parker Trench Pens were manufactured with extra-long caps to store enough ink pellets to make half a pint of ink.

Today that would be like a smart phone with a monster size battery.

You don’t expect the shadowy figure of Humphrey Bogart in a trench coat, as he appeared in several film outings, to be selling you a ballpen. These days it would be unheard of. Even more unlikely would be comparing the pen with a cigarette.

In 1948, in the post World War II world of exuberance and noir, when Eversharp launched the pocket-sized ball pen it was none other than the iconic Bogart who endorsed the writing instrument. Promoted as a high-style, design pen in colors like Emerald Satin, Scarlet Velvet, Violet Chiffon and Royal Blue Gabardine, among others, the pen was marketed as a luxury fashion accessory. Based on the advanced ‘Tri-feed’ ink filling action, the company claimed it could write for 2 years without refilling.

Eversharp was founded by Charles Rood Keenan in 1913 and was considered the pioneer maker of mechanical pencils. Eversharp’s .046 mm pencils became the industry standard for mechanical pencils during the 1920s. (Although the popular lead sizes for mechanical pencils these days are 0.5 mm and 0.7 mm). The company enjoyed its position as the leading manufacturer of both pencils and fountain pens until 1957 when it was acquired by Parker Pens.

‘Beautiful to See… Beautiful to Operate’. You’d be fooled into thinking this is a vintage computer, and it was, in a way. Today’s ‘a computer in every pocket’ was ‘a calculator in every office’ back then.

Marchant Calculating Machine Co. was founded in 1911 in Oakland, California by Rodney and Alfred Marchant. Well known for producing mechanical and electromechanical calculators with the remarkable ‘Silent Speed’ mechanism, the Marchant Figuremaster model advertised below was the only calculator with simultaneous automatic multiplication which was ideal for heavy-volume work.

In a departure from the boxy and bulky models of the 1940s, The Figuremaster models launched during the 1950s were appreciated for their styling and easy-on-eyes range of colors. The machines had no visible screws or fasteners on the external surfaces and the smooth cast-aluminum sides, front, rear and bottom covers were held together by interlocking flanges.

The iMac was not the first smooth and sexy desktop device by a long shot.

After the suffragette movements of the 20’s and the contributions by women in factories and services supporting the war efforts in the US, things kind of stepped back into an old idyllic scene into the 50s and early 60s. Advertising was booming, and somehow women were being marketed to as delicate things again. Back then too, stationery didn’t shy away from this lucrative segment.

Globally recognized as the market leader in the luxury pens category, Sheaffer Pen & Art Supply Co. was founded by Walter A. Sheaffer as a backroom business with seven employees in 1913. It was Walter who created the lever-filler technology for the ink-reservoir in fountain pens that would allow users to fill them easily and cleanly with a single touch.

The Lady Sheaffer Skirpsert Fountain Pens (and pencils) were launched by the company in 1958 specifically as glamorous fashion accessories for women. Clipless and available in various colors, patterns and styles, women could opt for steel or gold nibs and the pens came with their own matching purse case and cartridge pouch.

The world has stepped forward and back many times over, and the first half of the 20th century was no different. Stationery was around to write the story of all these ebbs and flows and old advertising for these always ubiquitous products were as telling a statement of social attitudes and assumptions of the times, as they are today.

We wouldn’t want to bring back the world of these vintage stationery ads, but we wouldn’t complain if some of these fascinating gadgets and stationery could still be added to our wish lists today.

All the vintage ads are shown here in fair use context. Every image is © by the original company or artist. We do not endorse any advertisement.

For more fascinating stationery history, sign-up for our monthly newsletter of stationery wonders. 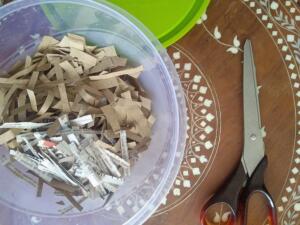 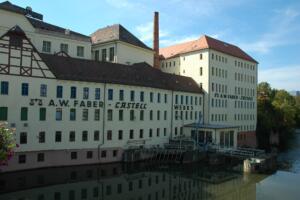