Can you paint with a pen? We test out the Uni Posca Paint Marker Pens which are a fascinating blend of felt tip marker and gel pen. They lay down an opaque line which is surprisingly good at covering an area in a flat colour. Posca pens can be used to paint on walls, clothes, shoes, surf boards and all sorts of unexpected surfaces. In practice the Poscas are paint pens which are water based but dry to be permanent. Does all this sound too good to be true? Watch more to find out our favourite things and our least favourite things about the Uni Posca paint pens.

Vishal: We are artists, calligraphers, designers who use stationery tools in our daily lives as well as our professional ones but in this series we like to experiment a bit with whatever we can find that people are either talking about or things that we can find in our local markets.

The Posca Marker from Uni, well it’s Mitsubishi Pencils, let’s say that the Uni brand, is something I’ve heard about for years. The Posca Marker has been very well regarded online, you can look at Pinterest or YouTube and you will find videos of people putting down large swathes of the Posca marker, to get this really nice, flat look and I think that is the signature Posca look, isn’t it, Samir?

Samir: Yes, the Uni Posca, Posca Markers, Posca Paint Markers, there’s various names that they go by colloquially, are actually a lot older than I thought they were. I’ve only heard of them over maybe the last 10 years or so but they were actually invented in 1983, so they’ve been around for a while.

Samir: So when the Mitsubishi Pencil Company and their Uni brand made these in ’83 they were a completely new, unknown thing.

Vishal: Now that I look at them, they are very 1980s in the way they look, the design I mean.

Samir: Yeah, and supposedly the way that they work and the ink that’s in them has not changed in formula since then.

Vishal: That is a real revelation considering that they are not your usual felt tip marker, they’re not alcohol-based.

Samir: Not at all and and while we have talked about this in another episode about normal felt tip pens, as time has gone by people have figured out the chemistry of inks a lot better and while most felt tip pens used to be alcohol-based, even some of those are now water-based.

And like those this is also a water-based marker but while I guess it’s technically an ink since it’s coming out of a pen, most people do like to refer to this as a paint pen because of just how paint-like the ink is.

Vishal: I think you got a lot of paint like things in your piece. What we do every week is that we each try tools like this and try our own take on things. So, Samir why don’t you show us yours?

Samir: As always I went back to faces because that’s what I like to do. I just switched to species, whatever this thing is. I really enjoyed using the Posca Markers. One of the main features of a Posca Marker is just how opaque you can make what you lay down, which is why I tried to use a gray paper just to see how that works and this was a lot of fun to do, because it just genuinely is one of the most opaque mediums I’ve tried.

Vishal: Yeah, this does not look like marker to me. In some ways this almost looks like a gouache.

Samir: I think that it’s very much designed to do that. I believe most people consider these to be kind of acrylic paint pens and maybe that is the chemistry behind them. But, yes the effect of the Posca markers when they are laid down is very much one of gouache. Very matte, very flat, very graphic.

Vishal: Which is a great bit of technical wizardry considering that these are water-based and don’t have any kind of alcohol.

Samir: Yeah, these are completely water-based, they dry very quickly, at least in a warm country like ours. I don’t know maybe it’s a bit slower elsewhere. They are permanent, especially on porous surfaces. They are waterproof once they go down, so this is quite the technical achievement.

Vishal: And you can layer over them as well, you have done some of that layering.

Samir: That was probably the the biggest revelation of using this. The fact that I could go in with black or a dark blue and then go over it with white and it just shows up perfectly clear.

Vishal: And you and I used the same 2 colors mostly. We had a couple more at home but here’s my test drive. I went for a more graphic, kind of almost like a print making look because that’s the kind of stuff I saw people using for with Posca Markers. And, I’m surprised at the range of the Posca markers.

The thing that surprised both of us is that it’s a pretty good stippling brush. I’ve done some stippling on this, some line work, it goes down pretty easily with a ruler.

Vishal: I think the only real anxiety I had is in that it is, I’m not sure how much ink is in it and maybe we can demonstrate this later in the episode, but there is a certain technique for priming a Posca Marker, which we’ll get into.

Minjal: The Posca Markers come in a lot of different nib sizes. I believe the nibs are reversible and they’re also replaceable, which is very convenient. I did really enjoy using them. I thought the ink flow was a little too smooth for my liking.

Minjal: I like ink mediums that I can control. But, in this case there was too much ink, I also faced some issues with smudging and blotting which is why I gave the lettering a black outline. But, they are great markers.

Samir: I think all of the issues that you are facing are genuine ones and they have to do with the way the pen works. I think the smudging issue is to do with the fact that this is water-based and while they’ve made the chemistry to dry very quickly there is still a good half a minute sometimes where the medium is still liquid.

Now the thing that I haven’t tried is that when the ink is still wet on the paper you can add water to it and spread it like a regular watercolor. That’s something we haven’t tried but once it dries it is completely waterproof. So it’s very similar to some gel pens in some ways.

Vishal: And it is sort of like a large gel pen. We’ve got, I guess the smallest gauge of this but these go all the way up to 8 mm tips, that’s worth trying at some point.

How to Prime the Posca Markers

Samir: And the other issue that Minjal faced, which was about the ink flow being too much, is also to do with the fact that in the body of this pen is like a large reservoir of the ink or the paint. And there’s a little metal ball in there which you can hear, which is to shake it up and mix the ink back into a consistency.

The mechanism here is that when you press the tip down there’s kind of a release valve. So when you you can draw straight with this and it’s quite smooth, when it dries out a little you can get some of that scratchy line but not too much of it and if you find that it’s drying out too much you need to kind of press down on this tip point and that releases more ink into the nib.

I think one of the things that Minjal might have faced is that if you put in too much pressure into this you are constantly releasing more ink until the nib and that can make it a little too wet and difficult to control.

Vishal: I had that problem with one of the blue ones which was running a bit dry, so I primed it a couple of times absent-mindedly and I primed it so much that it kind of squirted out a large blot, thankfully onto my test paper.

Samir: I think we’ve covered a lot of points about this and to understand this better we need to know, maybe what Uni and Mitsubishi invented this for. I genuinely don’t know what their plan was but what made these popular and in some ways and our three pieces cover that – The Posca Markers were invented in 1983 but over the 80s and the 90s the way they became really popular was among graffiti artists.

Samir: And in some ways we’ve covered some of the styles that graffiti artists end up doing because that’s just what these pens lend themselves to. The reason that people like me have heard about this only in the last 10 or 15 years is because of how serious street art started being taken in the early 2000s. These have been very popular among street artists for 30 years, but it’s only now that the rest of us are kind of catching on to them.

Vishal: Because they go on to any and all surfaces seemingly, right?

Samir: Yes and the more porous the surface, so think a wall, the more permanent they are.

Vishal: They’re a lot easier to handle than spray paints, that’s for sure.

Samir: Which is why they they started off with the street art and as street art has become more of a style and applied to other things these days they’re used in all sorts of things from surfboards to skateboards and all of that entire subculture uses these as their medium of choice.

Minjal: Are the Posca Markers relatively expensive compared to say the other markers available? Does anyone know the costing?

Vishal: I don’t know and honestly I’ve never really found out and that’s because we did not buy these markers.

Minjal: Yes, and on that side note we’d like to thank Alethea Fernandes. She is a stationary enthusiast like us and she has very generously gifted us these Posca Markers.

Samir: And you can actually see a short little interview with Alethea on our YouTube channel.

Vishal: Right, I think this is the start of our journey with the Posca rather than the end of it.

Minjal: We should definitely try out the 8mm markers.

Samir: I mean based on the size of these if this is the smallest nib, I’m guessing the 8mm marker is quite hefty. I think we need to have a versus video between the Liquitex Acrylic Markers and the 8mm Posca Markers. That would be interesting!

Vishal: I think we really had fun with this, it’s the first of many endeavors with this thing, I think. But every week we test out new things and old things and some very old things, if you’ve been watching us for the last few weeks.

If you have any questions or feedback please comment below or find us on our social media links. Follow us on social media, follow Inky Memo, please like this video if you do and subscribe to the channel to get notified and press the bell to get notified whenever we post a new one which is every week. Until then I’m Vishal.

Get the Posca Markers 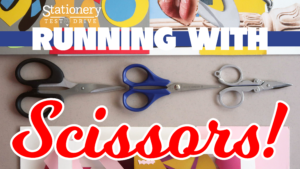 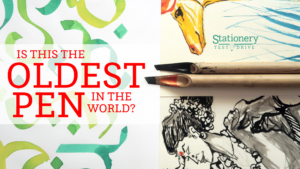 How To Use A Bamboo Reed Pen – Test 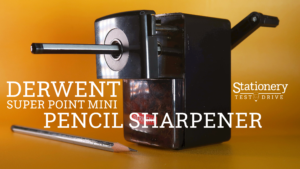